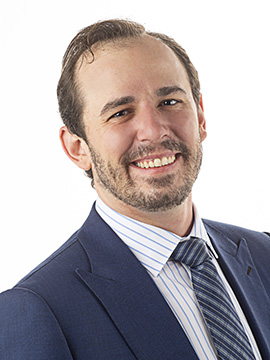 From 2013 – present, Mr. Chebotarev has served as CEO and Chairman of Vosht Capital, an Orange County based investment firm. As CEO and Chairman of Vosht, Mr. Chebotarev oversees all business development, operations, and investor relationships in the firm’s occupied markets, which include real estate, venture capital, and private equity revenue based value add deals. Mr. Chebotarev has guided the company’s acquisition strategy and mentors the management team in practices, processes, and techniques that facilitate and promote strong investor-focused relationships.

Mr. Chebotarev is actively involved with several non-profit organizations and is an avid component to charities that make a difference. He is very passionate about research that involves brain and the diseases that are associated with it.

Prior to Vosht Capital, Mr. Chebotarev held key roles in the following companies:

Mr. Chebotarev lives in Orange County, California where he enjoys spending time with his beautiful wife and two daughters, playing guitar, and the occasional squash match with friends. He is actively involved in the investment/finance industry as well as California/National politics and is recognized as a subject matter expert in both.