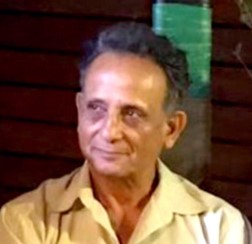 Eli Eliyahu Cohen has managed a wide range of impressive careers. He holds a world-renowned position as a practitioner and instructor of karate. As a business owner, he ran an insurance agency (computer marketing) from 1973 to 1986 and from 1977 to 1986, respectively. Mr. Cohen then went on to serve as Deputy Mayor of Maale-Adumim from 1986 to 1988. From there, Mr. Cohen served in the World Zionist Organization (WZO) in it’s Educational Exchange in the U.S.A. and Canada from 1988 to 1991. At the rank equivalent to General, Mr. Cohen served in the Ministry of Defense as Director of the Youth and Nahal Department. He then transitioned back to the WZO as the Director General for the “Peripheral Zones” Department from 1993 to 1996. Subsequently, Mr. Cohen was appointed to the position of Assistant to the Minister of Israeli Defense, where he served from 1997 to 1998.

From 1999 to 2002, Mr. Cohen transitioned out of the Ministry of Defense to become President & CEO of several Israeli and French High-Tech Companies: Tecnosphre, EC, BME, IPV, and AES. In 2002 he was elected Member of the Knesset (Parliament), for the Likud Party, serving from 2002 to 2003. There, he served on the Economic, Education, and Controller Committees, as well as served in leadership of the “Japan-Israel Friendship Association.” After completing his term in the Knesset, Mr. Cohen was appointed the Israeli Ambassador to Japan, where he remained for an extended post from 2004 to 2007. As a civillian returning to a distinguished professional career, Mr Cohen then became the Director and a Partner of Tlalim Far East Tourism Group from 2008 to 2009.

In addition to Ambassador Cohen’s illustrious military, business and diplomatic careers, he has held a variety of impressive volunteer leadership positions. Mr. Cohen served as President of “Shotokan Karate-do Association” in Israel (Black Belt – 5th Dan), was the coach of the Israeli Karate team to the Maccabiah International Games, served as President of the Betar International Youth Movement, and served as Chairman of the Board for Ariel University in Israel from 2009 to 2013 and continues to hold a seat on it’s Board of Directors. He also served as Chairman and Board Member of a variety Israel’s Governmental Authorities and Companies until 1999, for whats called ‘Merhavit’ for the WZO, as CEO of Mekorot, Israel’s national water company, served on the Israeli Authority and Committee for Planning and Development for the State of Israel, as well as serving on the Jerusalem Development Authority for Planning and Development of the Israeli capital Jerusalem.

As a solider, Mr. Cohen’s impressive military career has been an outstanding one. In 1973, during the Yom Kippur war as a commanding officer, he was the first soldier to cross the Suez Canal. Mr. Cohen was also the last to cross back, personally lowering the Israeli Flag. That flag is presently on display at the Museum of Ammunition Hill, in Jerusalem. In 1984, during what came to be known as ‘The Attack of Terrorists’ in downtown Jerusalem, Mr. Cohen ran down from his office to the street, thwarting a terrorist attack. Neutralizing one terrorist and chasing another for blocks, he ultimately subduing the second terrorist, holding him in restarint until the police arrived, all the while having been wounded by a hand grenade.

In 1995, Mr. Cohen was appointed head of the delegation and search team to the Himalayan Mountains in Bhutan and Tibet, ultimately successful in search of a friend’s lost son. In 2018 in recognition of such acts and a lifetime in public service, Mr. Cohen received both the Rising Sun Silver and Gold Award from the Emperor of Japan. Even in receiving a distinguished award such as this, rarely bestowed over the centuries as it is, particularly to a foreigner of Japan, Ambassador Cohen, true to form, found himself in an exceptionally distinguished position as this was the last such award the previous Emperor of Japan bestowed to anyone, foreign or otherwise, before abdicating the throne – the first Emperor of Japan to do so in centuries.

As one of the top martial masters in the world, Mr. Cohen has achieved the 5th Dan (5th level black belt) in Iai-Do and Kendo (the Japanese martial art of the sword) of the All Japan Kendo and Iai-Do Federation and has and continues to coach and mentor literally countless young and senior women and men alike around the world.

As an acclaimed author, publishing in three languages, Mr. Cohen has written seven books in Japanese:

Currently, Mr. Cohen is the President of Advanced Technologies Marketing, which he founded in 1999. Mr. Cohen is also an active advisor for a range of both Israeli and Japanese high-tech and real estate companies. Additionally, Mr. Cohen serves in the Reserves of the IDF as a Lieutenant Colonel, since 2015, has served as Chairman of the NPO of the Paratroopers’ reserve unite 55, and is an ongoing member of the Board of Directors of Ariel University and Castel Museum (Maale Adumim). Ambassador Cohen speaks Hebrew and English fluently in addition to Arabic, French and Japanese. He is married, the father of three daughters and grandfather to 9 grandchildren.